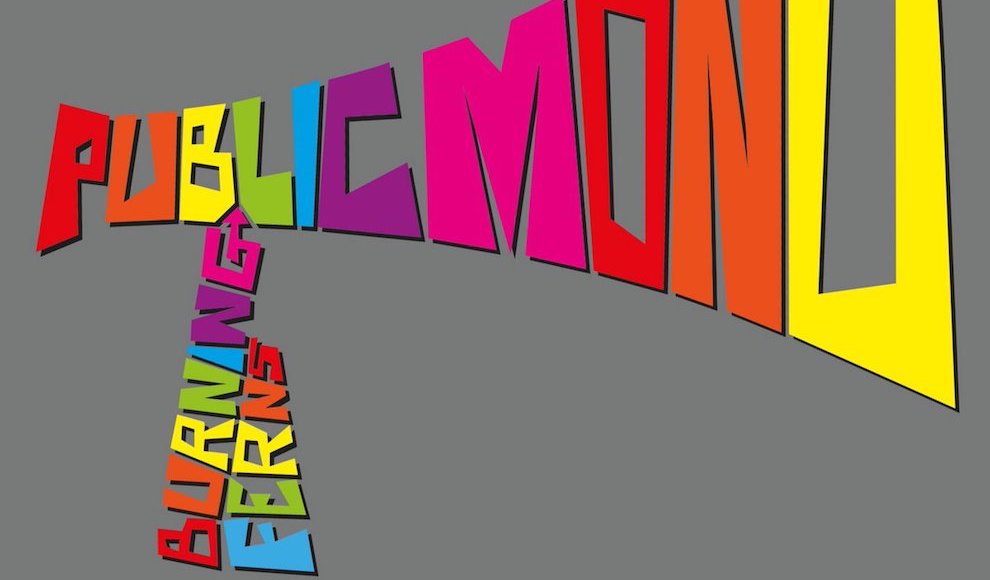 Regular EIO40 reviewer and contributor Rob Morgan (@durutti74) has been inspired again by some music to want to shout about it. This time it’s the new Burning Ferns album that has got him excited…..

It’s difficult to find the time these days to devote to actively listen to music. Sure we all have day jobs now and can’t immerse ourselves in music like we used to be able to – no time to hide under the duvet with a Walkman or dedicate a weekend to getting to know your latest purchase from HMV – but there’s still plenty of opportunities to listen to music, work journeys, headphones in the office, music blasting at breakfast time… and then suddenly a lyric or a melody will catch you unawares and match up with your life and illuminate the day. This is what happened to me and “Public Mono” by Burning Ferns – let me explain…

So it’s just a normal morning – school run is over, I’ll put on some music while I make my breakfast before settling down to some ironing. Those lovely folks at Country Mile Records have sent me over “Public Mono” with the idea that I could write about it, and I’m a few songs in on the first listen so I start on “The watchers”, track six, while I put on my toast. And a lyric jumps out – “they’ll be watching in your bread bin, watching you burn your toast” just as my toast pops up, slightly browner than I like it. A weird synchronicity – how could that happen? And it was at that point I knew Burning Ferns had created something special, a magic flash in my life that I wouldn’t forget, a musical moment to add to the catalogue of other occasions when music and place and setting have become engrained in my memory.

Newport’s Burning Ferns have been smouldering on the sidelines of pop for a few years now – their debut album “See saw seen” from 2014 had moments of greatness, but the addition of a keyboard player has expanded their musical horizons and given them more texture to play with. They’ve had support from around the world – last year’s single “Bullet train” was played on radios from Soho to Castlemaine via LA and Scarborough, plus plenty of plays on Radio Wales. Now with their second album “Public Mono”, their career will hopefully catch alight (that’s enough fire puns – Ed). 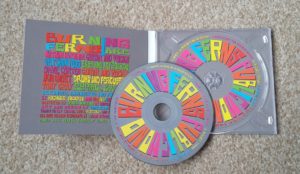 If your idea of perfect pop involves chiming guitars and luscious three part harmonies, then this album is for you. Add in some thoughtful, intelligent lyrics and the kind of melodies which stick in your head like toffee to your teeth and you’re there. Opener “Don’t Get On Them Horses” is a slow burner, guitars jangling over a bed of Deep Purple style Hammond organ, and the lyrics may be a political allegory – or maybe I’m reading too much into it? Even so, the six minutes pass by in an instant, leading into “Bullet Train”. Here there’s more than enough 12 string Rickenbacker to keep Roger McGuinn happy, plus an intriguing story lyric. There’s little additions to the music which add to the atmosphere – the “woo woo” instrumental break is cheeky. “Fuses Blow” could be a lost Teenage Fanclub classic, midtempo and chiming, with echoing Duane Eddy guitar licks. “Go On Make me” is a personal favourite, speedy and wise, another clever lyric and some lovely major to minor chord changes.

“Made Of The Sun” is the centre and the heart of the album, a slow groove with a 70s vibe – those phased guitars and electric pianos make it sound like it’s a Todd Rundgrun ballad (hint – this is a good thing). Even so there’s enough changes within the music to keep interest, and once again another wonderful middle eight. (It’s great to see the dark art of writing good middle eights is being passed down from generation to generation, from Roy Wood to Difford and Tilbrook to XTC to Martin Newell to Pugwash to Burning Ferns). “The Watchers” is a breezy ode to the gently insidious nature of surveillance (possibly all the internet connected items in your home), and a dream of escape from these problems.

Another highlight. “Oh Dear Me” sounds like a lost Big Star outtake – the guitar lick is pure “#1 Record” – but deals with losing memories (an ode to ageing?) and trying to remember details of the past. “0s and 1s” is a rollicking gem, again railing against technology and staring at screens (he says typing this on a computer knowing it will be read on screens and phones). Again the music careens through a number of movements, this isn’t straight verse chorus verse – there’s enough little bridges and sections to keep the listener interested, there’s even a half speed coda with guitar solo (a tribute to “The Concept”, perhaps?) That song fades into a gentle closer “White Noise In A Dead Room”, acoustic guitars and electric pianos make a gorgeous sound bed and the lyrics are equally intriguing – “Nothing Really Fills An Empty Space Like You” – is this aimed at a person or a thing? A wonderful atmospheric album closer.

The potential in Burning Ferns has been fulfilled with “Public Mono”. it is a fantastic album which holds the listener’s attention with more hooks than a fishing competition but also rewards multiple plays with fascinating lyrics and musical ideas. These songs and melodies will soak into your life if you give them a chance. If the musical references I’ve mentioned intrigue you then give this album a try, it will reward you more and more the deeper you listen. If Country Mile Records can get more support and radio play for Burning Ferns (and I don’t doubt they can) this album will be the making of the band. Perfect guitar pop with thoughtful lyrics – what more could you want?

You can also check out Burning Ferns at these places:

Rob writes about music and other less important subjects at his blog A Goldfish Called Regret (https://agoldfishcalledregret.wordpress.com) and also creates podcasts for Goldfish Radio (https://m.mixcloud.com/robmorgan589). 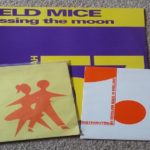 OF THE FIELD MICE & ME – Rob Morgan
Next Story »