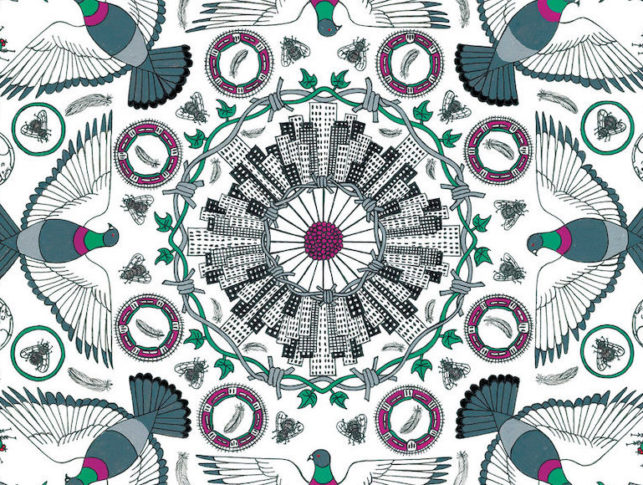 There’s an art to opening an album, just as there is an art to having the right song to close an album. Think of Mani’s rumbling bass rising from the industrial noise while John Squire fires off guitar notes into heaven or Mike Joyce’s thundering drum rolls over Johnny Marr’s feedback flecked wahwah guitar. You get the idea. It’s about grabbing attention and dragging the listener into the soundworld.

“How To Live” – the debut album by Modern Nature – starts differently, but equally pulls the listener into their world. A harmonium circles slowly around four descending chords while a ‘cello unfurls a mournful melody, ending on a low long bass note. It’s a pretty fine statement of intent that this isn’t your regular indie album and to expect the unexpected.

Modern Nature is the new project / band formed by Jack Cooper, formerly of Ultimate Painting, working alongside Will Young from Beak and a small circle of other musicians and friends. While James Hoare – his colleague in UP – has moved on to The Proper Ornaments, Cooper’s response to UP’s unexpected break up last year has been to delve into a more rural, folk inflected style.

There are definite signs of a deep knowledge and understanding of a certain kind of late 60s / early 70s English folk rock, from Fairport Convention and “John Barleycorn” era Traffic to more obscure acts like Heron who recorded their 1970 debut album in a field by a farmhouse in Berkshire, capturing the sounds of birds and animals around them between songs. This is how “How To Live” sounds too – the songs flow into one another, sometimes linked by natural sound and field recordings.

There are two styles of songs on “How To Live”. On the one hand there’s the straightforward songs which could easily fit on an Ultimate Painting album, usually featuring a motorik drum pattern, simple guitars and throbbing bass. On the other hand there are the quiet contemplative drum-free meditations, grounded by keyboards (droning harmoniums, simple monophonic synth) and gently pretty guitar arpeggios.

The two styles are mingled together to provide some variety across the ten songs, and each song has its own personality, through lyrics, melody and instrumentation. For instance “Footprints” has some wildly jazzy tenor sax playing which reminds me of the fabulous wobbly Krautrock of “Giggy Smiles” by Faust while “Turbulence” has the feel of an early Mike Oldfield piece – the guitar solo is pure “Hergest Ridge”. So that’s two oblique references to early Virgin Records releases. Clearly this isn’t your run of the mill indie album.

One of the highlights sits in the middle of the album – “Seance” begins like the guitar is stumbling out of the previous song “Criminals” before starting on a halting, jarring chord sequence, accompanied by an equally disturbed drum pattern, and spooked harmonium again. Cooper’s vocals are more urgent here, as befits the panicking atmosphere of the song, before the song evaporates in the final twenty seconds in cut up loops pulled backwards and forwards of the opening guitar figure and drum beats. “Nightmares” after it fades in on a simple keyboard pattern, possible lyrical reflections on what has already passed and a more subtle sax sound, with the addition of a flute at the song’s close to keep up the spook factor.

The quieter songs bring their own melancholy to the table, the echoing stillness in “Oracle” and “Turbulence” are quite lovely, though they could easily drop into the soundtrack of “The Wicker Man” with ease. It’s an intimate collection of songs, not just from Cooper’s whispered vocals throughout the album, but the overall sound feels like the band members have set up in your front room and are playing for you and you alone.

There’s mostly a lack of reverb, an absence of space, a warmth within the grooves, a natural flow from song to song, as if the members are swapping instruments in front of you to highlight each individual piece. Again, this at times reminds me of Mark Hollis’ only solo album from 1998. But this album isnt directly influenced by these arcane reference points I’m hearing in the music.

The quality of the music is maintained right to the end. “Nature” – already a single earlier this year – is a pulsing rocker somewhere in the vicinity of Neu! meeting “A Sailor’s Life” with the only shocking appearance of an overdriven guitar on the album, and comes to a sudden stop when this listener would have hoped it would continue a lot longer. The final song “Devotee” brings together everything that has already happened on the album, a quiet opening, that descending chord sequence and cello from the start of the album returns, the cello’s melody now moved to Cooper’s vocal, alongside guitar and arpeggiating synth, while Cooper whispers of how things end, the song moving from minor verse to major chorus quite movingly – “I’ll be around, if you want me”, some semblance of hope.

Around the three minute mark, everything slows down and stumbles to a halt, while in the background something rises and suddenly the song bursts into a glorious coda, rolling drum patterns, an uplifting and infectious synth melody, repeated over and over, trance-like, for the remaining four minutes. That moment of explosion is hugely powerful in the context of what has come before, a release of joy after all the quiet tension in the previous thirty five minutes, and that melody will linger in your mind long after the album has finished playing. Like I said, there’s an art to closing an album too.

It’s hard to tell these days if projects like Modern Nature are long term or here for a season. Either way, “Ways to live” is a fascinating listen, a step away from the indie music norm and well worth investigating. It contains some breathtaking beautiful music and I’m sure the mysteries at the heart of the songs will be revealed over many listens in the future. A perfect soundtrack for the slowly encroaching darkness of early Autumn. 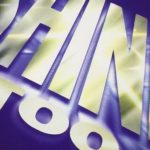 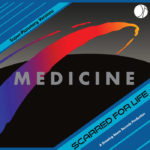