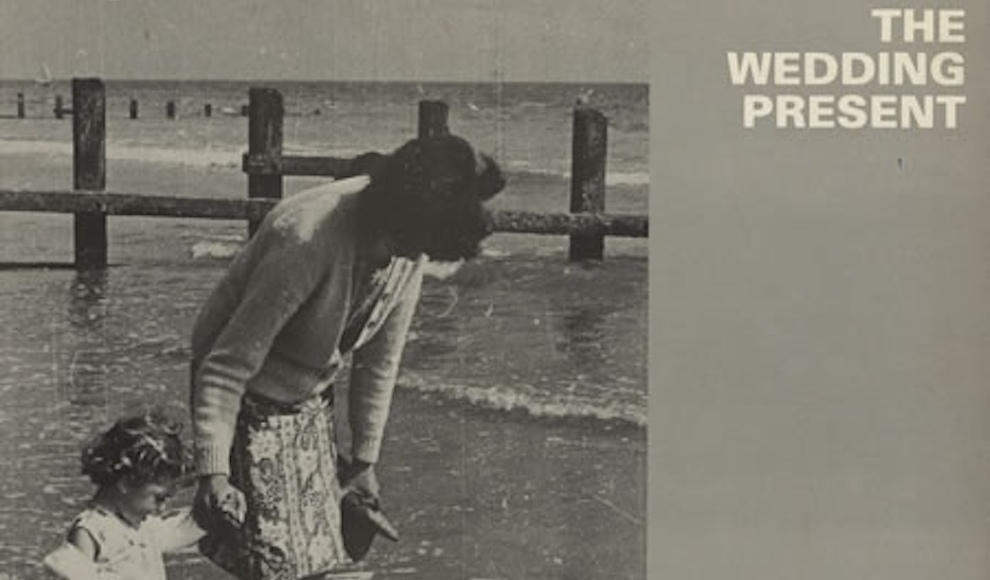 On An Indie Island With You – Shinpad11

We were delighted when @Shinpad11 contacted us offering to contribute to the website. Obviously that’s not his real name and neither is his Twitter moniker Shinny. His mum probably calls him Anthony and we suspect his teachers called him “McDonagh!” when summoning him to the front of the class at school

We loved Shinny’s idea of a Desert Island Discs for the website. It fitted in nicely with the Meet The Community feature and offered a chance to get to know a community member from an alternative angle.

Our only concern was that a cease & desist letter from the Beeb’s lawyers claiming some sort of breach of copyright over the usage of the format and name would land on the EIO40 dormat. We therefore decided to put our own variation on the name in an attempt to put the legal eagles off the scent. We also liked the reference to the epic album closer on Shed Seven’s Change Giver. Let’s hope Rick Twitter doesn’t share the same lawyers.

We’ve never actually listened to Desert Island Discs so had to leg it over to Wiki to get a handle of the format. If you are like us and not familiar with it’s workings then simply guests are invited to imagine they ended up on a desert island somehow and can choose 8 tunes, 1 book and a luxury item to take with with them (which suggests they went to the island by choice if they are packing stuff in advance).

So let’s cast ourselves away with Shinny to his own little indie desert island and get to know him a bit better. What you will learn is that Shinny loves his music and knows how to express his love of music in what is a rather poignant and emotional piece at times. But, as Shinny was keen to tell us, “that’s the whole point of DiD.”

I quite like Radio 4, particularly Desert Island Discs. Given that I’m now over 40 it’s ok to say this kind of thing out loud. Recently I was digging out some old stuff to put a “mix tape” together. I still don’t like the term MP3 Playlist. That’s when I had my brainwave – why not do an Indie themed Desert Island Discs

So that’s what I started to do. I soon discovered putting this together was much more difficult than I’d ever expected it to be. What I have noticed is that my choices are very representative of me and where I’m from. This shouldn’t have come as a surprise but it was still a bit of a jolt! My selections focus on the 90s – perhaps that’s when my life was at its simplest and most enjoyable?

Anyway here goes, it’s served its purpose for me:

Born to Graham & Nora in Wigan in the winter of ’74 is as dull and ordinary as it gets. In fact I’m amazed Alan Bennett hasn’t been in touch. My parents never got to share vows or rings and so the life of a bastard awaited me, it’s a role that I’ve relished in for 40 years!!!

Like most homes, the radio and record player were a big part of family life, be it the Irish Country music of my grandparents, my mums Rod Stewart LPs or her brothers and their night radio.

My 1st ever single was Flash by Queen, I was only 5 but I loved it and it could have been worse, I remember buying the Frog Chorus. As a 5 year old, it had everything – space rockets, good guys v bad guys and was, well, quite frankly a rocking tune. However, it’s not very Indie so it doesn’t make the cut.

To be fair I could have picked any off this album, I was going to go with the 1st single ‘Supersonic’ but what about the others??? I’ve opted for the epic ‘Slide Away’, as it also popped up as a B-side on ‘Whatever’

I was in my late teens, had a weekend job and felt like the North West was the centre of the universe. Both Manchester and Liverpool are about 30 to 40 minutes away by train, there was no better place to be!

’94 saw the release of some albums that have gone on to be loyal friends of mine, and I could have done this list from tracks off any of these albums; Weezer- Blue Album, REM – Monster, Pavement – Crooked Rain, Crooked Rain, Blur – Parklife, Beastie Boys – Ill Communication, Nick Cave And The Bad Seeds – Let Love In, Nirvana – MTV Unplugged in New York, Morrissey – Vauxhall & I, Pulp – His ‘n’ Hers and Portishead – Dummy

Those early Oasis singles started to arrive as I sat my A-levels and by the time I’d moved to York to start Uni, everyone had the album. You could walk along halls of residence (faster than a cannonball) and you’d hear the album creeping out from every door you passed.

Definitely Maybe still sits in slot 6 of the CD Multiplayer in my car, it’s been in there since the day I bought the car some 10 years ago and it gets played at least once a week.

I first heard/saw this when they played on the James Whale late night TV show on ITV. The opening bass line is an absolute killer. Being 15 in the summer of 1990 I knew I was on to a winner as a) they had a band name that would command a response of “Who”? and b) well quite simply it was a fantastic tune. The album has a few other decent tracks, particularly Colours, Julian and Lace Virginia. They went on to support U2 but by then I’d moved on.

This only works when played at full volume! The only drawback was that it didn’t appear on Where You Been – as that is *THE* album for me. This track is full of teen angst and frustration. As good as Sonics Youth’s Teenage Riot and Territorial Pissings by Nirvana.

For me, J Mascis is the greatest rock guitarist I’ve ever seen and certainly the loudest. He may carry the look of a hobo and have zero stage presence but f**k me, he can’t half play guitar (I’ve seen him play drums too). If Dinosaur Jr are new to you, try the album Where You Been, it’s an absolute masterpiece.

Yet another indie staple – I quite simply can’t help but sing along. I’ve probably killed this song for most people whose company I share. I will never tire of the sadness and bittersweet happiness that this tune delivers. Shoulders back, flailing arms and an open shirt, if this doesn’t move you, you’re probably already dead.

My number one band. David Lewis Gedge is up there with Mark E Smith, Mozza, Ryder, Cooper-Clark & NG when it comes to summing up the lives and times of being a Northerner. What I love about this track is the rousing boo from the Leeds crowd on the “*punk” video, DLG smirking as the Yorkshire faithful take the bait.

The song is a marriage of frantic break neck speed guitars and tales of falling in and/or out of love wrapped in dark Northern humour. TWP are masters of good, bad, ugly and painful memories. I’ve been listening to them since my mid-teens, when a mate’s older brother did a copy of the George Best album for me on a tape, also adding a few Peel Sessions on the 2nd side. I played that cassette until the tape wore thin and translucent. I can still recall the cover he did and the football sticker of Careca the Brazilian striker on the outside of the case.

Track 6
Orange Juice – Rip It Up

It’s an oldish tune and one that I wouldn’t have ever encountered when first released (given that I was only 8 years old at the time). It’s a wonderful number. It’s poppy, its easy on the ear and its radio friendly – I’m beginning to wonder how it’s made it this far.

Sometimes a song doesn’t need a reason, this is that song…

Sugar – If I Can’t Change Your Mind

Some songs do need a reason. This one is painful for me, sums up my recent domestic episodes. Bob sings about a fella that isn’t sure why he’s just lost everything that was central to him:

“How can I explain away
Something that I haven’t done?
And if you can’t trust me now
You’ll never trust in anyone”

Basically, if felt like Bob was singing about me…

I didn’t think I’d ever be able to play this track again and that would have been a real pity. The fact I can, tells me I’ve turned a corner…

Be nice to one another. This shouldn’t be a revolutionary concept should it? So why are so many incapable of it? When it comes to love songs, this and Pulp’s ‘Something Changed’ are as close to perfection as you’ll get. Billy keeps it simple. From his playing style to his singing, there’s no need to over complicate matters. When we do that, we lose focus.

“I love you, I am the milkman
Of human kindness
I’ll leave an extra pint”

It doesn’t get better than that, be nice to each people.

This is a fantastic choir version cover

The Amazon review is better than mine…

“Despite vowing never to get caught up in music due to his father’s overbearing Dylan-obsession (which haunts him to this day) the young John Sellers found himself powerless to resist the lure of indie rock. When his favourite band went their separate ways in 2004, Sellers examined his own listening rituals and began to analysis how his love of music had a massive hold over his life and what that meant. His obsession, above and beyond mere music fandom, has taken him on some adventures; to ground-breaking shows with his favourite bands; getting drunk with his heroes and even a pilgrimage to lan Curtis’ grave. Seller’s examination of his own obsession of his favourite bands such as the Smiths, Joy Division, Duran Duran (and later Nirvana & Pavement) exemplifies, why music, and in particular certain bands, mean so much to those whose worship them. Sellers has written a fan’s perspective in a tremendously humourous and passionately detailed memoir – one that any fan of music, not just indie rock, will relate to”

So I can listen to Test Match Spe

Hardest choice of all, it has to be The Wedding Present, my favourite track changes from day to day but for today Granadaland…

Thanks for sharing my musical trip down memory lane. 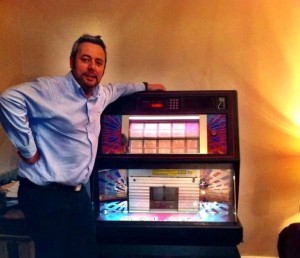 Anthony McDonagh aka Shinny aka @Shinpad11

Thank you to Shinny for sharing that and for taking the time to contribute. If you would like to contribute to our Indie Encounters feature and share your indie moments please email us at indieover40@gmail.com or DM us on Twitter

Encounters, Slider1 On An Indie Island With You – Shinpad11
« Previous Story 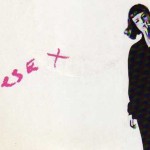 The Indie Top Ten Single Girls’ Names In A...
Next Story » 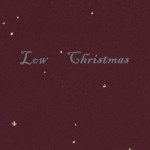