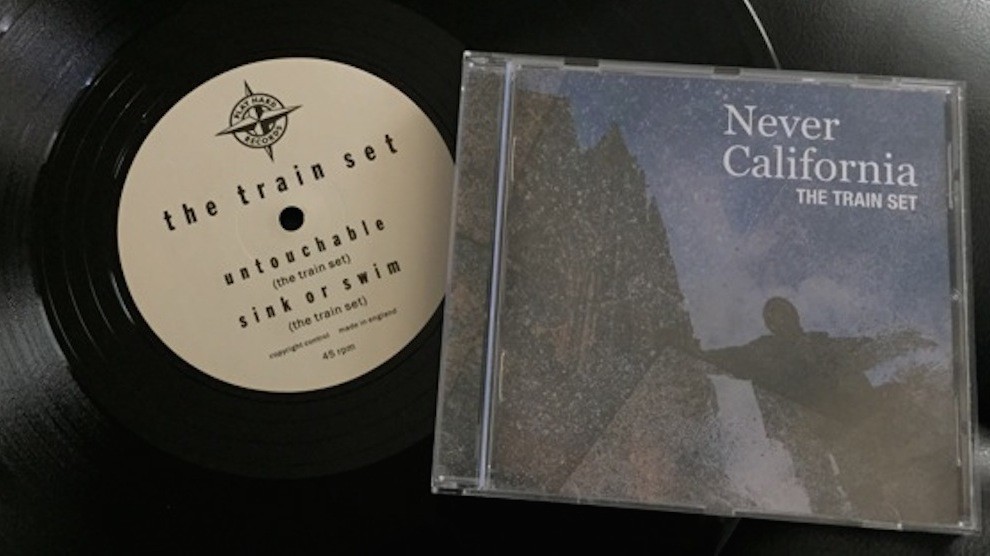 Remember when Esther (@myrtleleaf) reviewed Dot Dash? So adept was she at the job that we had no hesitation in calling on her services when the next opportunity for a review arose.

Although not strictly “new” we let Esther loose on The Train Set’s recently re-issued collection of EPs and unreleased tracks.

For a band that released a couple of EPs and singles in the late 80s, the Train Set’s songs are as fresh-sounding as any good music released today. So it could have been a fairly new band whose music I was hearing for the first time.

I say this because it was only last summer that I discovered this band through a song (Sink Or Swim) posted on Twitter which immediately caught my ear (thank you Richard Weir @Rich_W27). I found very little info on them except for some videos on You Tube and an interview on the Cloudberry Records blog site. So I was thrilled to discover that the excellent Firestation Records was releasing a compilation of their music this summer!

Every song is uniquely written, straying from the typical song structure. It is upbeat guitar pop, fine keyboards balanced by great bass lines and steady but varying drum stylings within their songs, but with an underlying melancholy in the lyrics.

One of the darkest lyrics about an abusive relationship is in the haunting Hold On. Their big single, She’s Gone – the song that back in 1988 made NME’s single of the week – is a jaunty song with a train drum beat (there is such a thing) that contains the memorable lyric ‘the music goes on and on and ON and on’ and an outro that fades in a wild tangle of guitar. Stop Stalling (Sob Stories), one of the strongest songs, should have been a single. Clive sings in a crooning voice loosely carrying the melody up and down beautifully, and has a great driving beat in the chorus.

Throughout these songs there are brief interludes of finely crafted music that carry you away from the song before Clive’s voice reels you back in, as in the majestic Untouchable, about a stormy relationship. There are lots of strings, with an ending containing a hint of piano and acoustic guitar. On All Blown Over (The Recall), the opening bars make me think of the Bunnymen’s album Ocean Rain. The song ends with another beautiful stretch of piano.

This song is contrasted with the cleverly re-titled The Recall (All Blown Over), the same song perfectly re-imagined in a stark post-punk style. That’s All introduces congos and horns, and again I hear some Echo and the Bunnymen in Clive’s cries and even some Doors in the ensuing guitar solo following the quieter moments during the middle of the song.

Sink Or Swim is infectious and upbeat with gorgeous guitar and should have been at the top of the charts in 1988, it could easily be today. Harped On sounds like the Smiths’ Rusholme Ruffians, with added fiddle and a great refrain at the end. Yet another possible single.

The band’s influence of the emerging Madchester scene is reflected in the upbeat songs Gets Me Down, Beautiful Monster, Tell Us All, and they showed no signs of stopping in crafting their songs.

‘Never California’ is a collection of their EPs and unreleased songs, but with all strong tracks, this may as well be a greatest hits release. The generous stretches of music must have come off great at their gigs, something I hope new fans will get a chance to experience.

Let’s hope that the Train Set have more steam left in them for new music. I couldn’t resist the pun!

Where to find The Train Set: 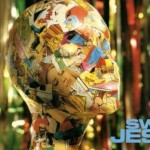 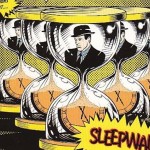