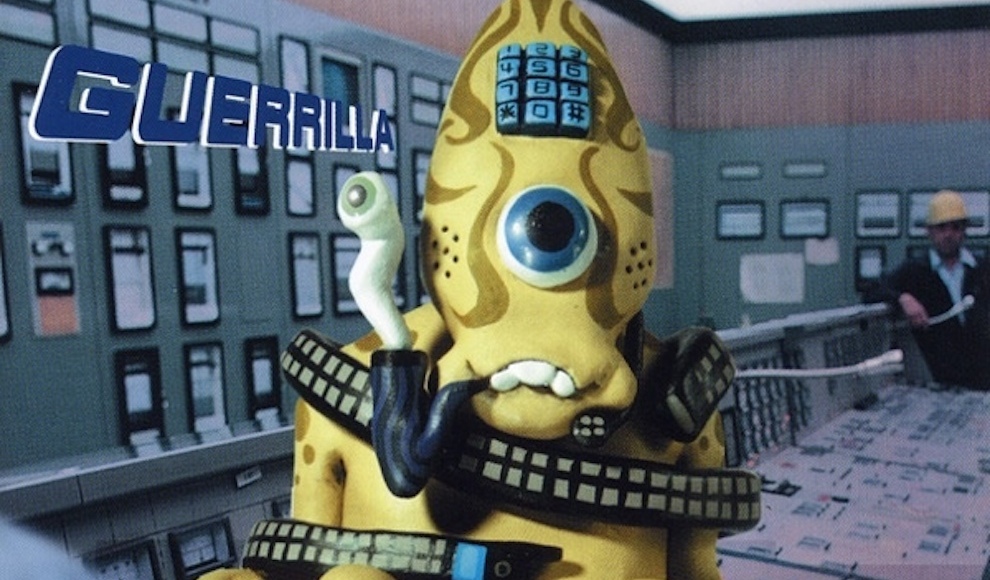 For a brief, short-lived period sometime back in the mid 1990s probably, it seemed that an album wasn’t a proper album if it didn’t have a secret track hidden away. As a concept, the hidden track doesn’t work too well on vinyl, because generally it is possible to count the number of tracks or see if there is a disproportionate amount of time still left for the record to play during the last song. Not that that stopped The Beatles sticking ‘Her Majesty’ on the end of ‘Abbey Road’. Cassettes made it easier, but really nobody could be bothered.

But with the CD, oh what mirth, what merriment could be had by hiding a track. Leave ten minutes of silence at the end of the final track then add a song: most people will have left the room by then. Or use technology to hide a track at the start of the album; in fact, before it has even begun! Nobody will ever know! Which sort of renders the whole thing pointless anyway, if you ask me.

The cleverest, most hilarious, most knowingly-ironic use of the hidden track however has to lie with little-known London-based indie band Echolalia, whose ‘Secret Hidden Bonus Track’ was never recorded, just played live – mid-set- with the line “I bet it doesn’t even sound rehearsed”. It wasn’t. It was my band, and my, how we loved to watch the tumbleweed blow across the no-man’s land between stage and audience when we performed the track.

Anyway, enough rambling. Somewhere, amongst this jumble of letters, numbers and punctuation marks that masquerades as music writing, you might find hidden the answer to all of your musical prayers ever. It’s probably on Disc Three of a Four Disc set, accessed by pressing pause twice at 3:21 of track 4, then holding down the FF button for ten seconds straight. So in no particular order…

If you’re going to hide a track for your fans, you might as well make it worthwhile finding. Some fans of The Stone Roses were less than impressed with the six and a half minutes of ‘Foz’ secreted at the end of The Second Coming; others will view it as the sound of a band taking time out to actually enjoy themselves mucking about during the protracted sessions that eventually produced the much awaited follow up to their eponymous debut. Ok, ‘She Bangs The Drums’ it is not, but one for the diehards? Apparently it is Track 90 on the CD, and has been recommended by @JohnnyDee_UK.

I think Catatonia sort of had the right idea, providing the lilting vocals and gentle melody of ‘Gyda Gwen’ at the end of their debut album ‘Way Beyond Blue’. Nominated by @tfdefence, the track fades into its beautiful existence after about eight minutes of silence at the end of the final listed track on the album.

Unfortunately (or fortunately, depending upon which side of the line you stand) the track is sung in Welsh, which is fair enough given that the band are Welsh, but at the same time it is a language that only 19% of the Welsh population speak. Consequently most listeners have to make do with enjoying the beautiful sounds emanating from Cerys’ vocal chords and hope they’re not in any way offensive to ourselves or others.

Another band to sort of have the right idea was Babybird. By the time they released their third album ‘Bugged’ the band were carrying the much-misunderstood hit ‘You’re Gorgeous’ around their necks like a millstone. Their popularity in the media was beginning to wane as quickly as the realisation that they were not a novelty band but one with proper songs about proper things. The perfect time then, to release ‘The Xmas God Of New York’; so why then would you choose to put not only one of the best songs on an album but one of the best songs in your entire catalogue, as a hidden track? Also the best Christmas song in the world ever (narrowly beating St. Etienne and Tim Burgess’ effort) this track was discovered by @unclejel, whom I urge you to thank.

4. Mansun – “An Open Letter To The Lyrical Trainspotter”

And staying with the theme of bands sort of having the right idea, let’s head straight over to Mansun. It’s often said that if you’ve got something to say then it’s best to say it, and that is exactly what they do by writing an ‘Open Letter To The Lyrical Trainspotter’. Unfortunately, by hiding the track on their album ‘Attack Of The Grey Lantern’ it is unclear as to how many lyrical trainspotters they expected to find and then duly digest the content of this open letter. Perhaps either @soxanpance or @Charlie_Clown could tell them.

The more we delve into this shady, mysterious ‘hidden track’ malarkey, the more it becomes apparent that indeed many indie artists sort of got the right idea without properly getting it. Take Belle & Sebastian as yet another example. By my reckoning they got pretty much everything right when they hid a bonus track on their album until they realised that, actually, it wasn’t an album but their ‘3…6…9…Seconds of Light’ EP. ‘Songs For Children’ might instead have been titled ‘Song for @BeardedSteven‘ given that he is possibly the only person in the world ever to have looked for a hidden track on an EP.

Perhaps we could blame Ash’s misunderstanding of the principle of the hidden bonus track on youthful naivety or an exuberant way, given that the perennial youngsters were probably still in short trousers when they released their full length debut album 1977. For here is a band for whom one bonus track hidden in the pre-gap at the start of the CD was not enough. Oh no: they provided both ‘Jack Names The Planets’ and its b-side ‘Don’t Know’ on the first 50,000 pressings of the CD, as noted by @dustyinhere, @bringitonskippy and @simon_shell. And if that wasn’t enough the band added ‘Sick Party’, apparently a recording of them vomiting, at the end of their album. Kids, eh?

Those japesters Super Furry Animals can have no such excuse as youth for committing the same act of secrecy; they’d been going for donkey’s years (although a donkey is admittedly more of a super, hairy animal) by the time they’d released ‘Guerrilla’ into the world. One track, ‘Citizen Band’, was hidden in the pre-gap and found by @Clive_Stringer, whilst at the back end of the album a reprise of ‘Chewing Chewing Gum’ was to be found, as noted by @country_mile. Maybe the Welshman had home advantage.

8. The Wondermints – Various from “Bali”

But not even these two bands can compete with The Wondermints when it comes to getting such a simple concept so wrong. Or right, depending upon how you look at it. @WallyTBM reckons there are ‘about a hundred’ secret hidden bonus tracks at the end of their ‘Bali’ album. The ‘Comes With A Smile’ blog suggests a figure closer to eighty six, many of which are instrumental but still a phenomenal amount. Maybe they just couldn’t be bothered typing out the full tracklisting.

Sometimes however the hidden track at the end of an album has every right to be there: a postscript, an addendum, perhaps a moment of inspiration that came too late for the actual album recordings. Take the tale behind ‘Miles Iz Ded’, to be found at the end of Congregation by The Afghan Whigs and nominated by @_SandyWishart. For here is a track inspired by an answerphone message left on Greg Dulli’s phone just as the recording sessions ended, informing him that Miles Davies was dead, and to not forget the alcohol.

And let’s not think that the hidden track is a relic from the past. Oh no. Well, not unless Australian artist Courtney Barnett wants her 2015 debut ‘Sometimes I Sit And Think, And Sometimes I Just Sit’ to be tagged retro. Unlikely, I am sure. In addition to including my favourite song title of the year so far in ‘Pedestrian At Best’, the album also includes the hidden track and similarly well-titled ‘Stair Androids & Valley Um…?’ Thanks to @mjgelder for pointing us all in the way of this track.

Secret, hidden bonus tracks then: seems like nearly everyone has been at it judging by the number of nominations. It appears that those hidden in the pre-gap can be found by starting your CD, then holding down ‘Rewind’ to rewind into the darkness before light or something. Only on selected CD players too. Alternatively, you can try to import the album onto your computer and it might appear as part of the first track. And apparently, secretly hidden amongst the text above, is the title of another hidden track nominated by one of you. If you find it, there might be a prize… 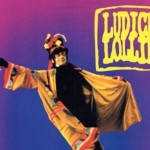 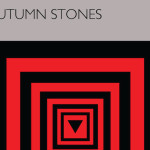