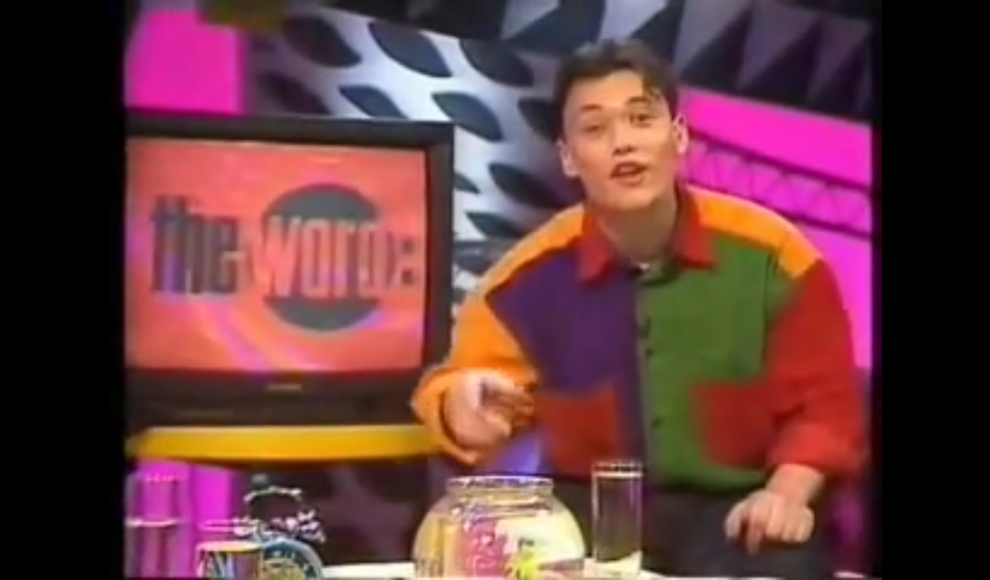 In this regular feature we ask the IndieOver40 social media community to help us compile a top ten list of a chosen topic. Our resident curator John Hartley (@JohnyNocash) then ponders, disects and finally presents.

THE INDIE TOP TEN PERFORMANCES ON “THE WORD”

I miss The Word. Moreso than I probably should, especially given that I can only remember watching a handful of the 106 episodes that were broadcast. I am not entirely sure exactly what I was doing late on a Friday evening in the first half of the 1990s, having turned 18 at the very start of that decade. It certainly wasn’t watching telly, though. Which is a bit of a shame, because subsequent research has revealed a number of my favourite bands were introduced through the nasal charm of Terry Christian and that I remained completely oblivious. Lucky for you then that I’m not relaying my own favourite Top Ten Appearances on The Word, because this wouldn’t be a particularly long Top 10. Instead, here are your suggestions, in no particular order.

Introduced by the nation’s then-favourite American Katie Puckrit, Mega City Four managed to take time out of their scheduled 9,218 gigs per year for a rare live appearance on television. If I had been in to watch this I might have been persuaded to invest a couple of quid in their music. Instead that cash was probably invested in a couple of pints of Joseph Holt’s best bitter. @Dalliance68 saw it though, and now you can too:

2. Rage Against The Machine play ‘Killing In The Name’

This blew @NiceMarker mind when he saw it, and the clip you are about to see is introduced by another nice Mark – Mark Lamarr. Only don’t let your ma see this clip, cos he gestures with a solitary finger which goes against his otherwise nice persona. By the end of the clip it would appear guest Chris Eubank is wondering whether his skills as a diplomat may be needed in the stage-front affray. Disappointedly, he realises not

I’d never even heard of Thrum before compiling this Top Ten, so thanks to @darrenmjones for suggesting this jaunty guitar pop song from the penultimate year of episodes (that’s 1994, if you’re counting). It was always enjoyable watching the gathered audience try to look enthused and invigorated by a band they clearly had never heard of, and Thrum opened the show having come ‘all the way down from Scotland’, according to Terry Christian. It must have seemed like another country to him.

4. The Charlatans play ‘Crashin’ In’

The Word was always about more than just the music. It was a reflection on the popular youth culture, style and fashion of the era. The Charlatans made a few appearances on The Word during its six year run (that’s 1990-1995 if you weren’t counting before but are now) and it is indeed the fashion that has lodged this particular performance firmly in the memory of @pillshark73. “I was very jealous of that coat”, he says. It is a nice coat, mind you… Good old Terry has to remind us who the band is, still around a whole four years after their debut album was at No. 1 in the charts. Who would have thought such longevity be possible?

Normally the podiums around the stage were filled with over-enthusiastic under-paid dancers seeking maximum attention for their minimally relevant dance moves. When Dinosaur Jr. made this appearance the dancers were seemingly substituted for head-nodding teenagers pretending to be one of the background dancers in A Charlie Brown Christmas. The band are oblivious, lost in their own creativity, and fail to notice the audience’s polite cues to be bring their @ocallingham and @_sandywishart nominated performance to an end.

I must have been ill, or maybe had been tipped the nod by the NME or something, but here is a band I did manage to see on The Word. @sharpster70 also saw Stereolab, and wanted to draw your attention to what is a very fine version of their classic ‘French Disko’. Laetitia Sadier looks suitably dubious about the throng collected in front of the stage whilst Tim Gane does a fine impersonation of Zebedee from The Magic Roundabout. And is that really a gladiator on one of those podiums?

7. Ride play ‘Leave Them All Behind’

Hailing from Oxford and being polite British indie boys RIDE were never going to do a Dinosaur Jr. and outstay their welcome, not even when bringing their eight minute long epic ‘Leave Them All Behind’ to the show. @Archieboyo recalled this performance amongst a few other bands’. It’s probably not the best live performance RIDE ever did, the harmonies causing the odd wince here or there, but it’s worth a watch just for Mark Gardener’s fringe.

At the time The Word was one of very few opportunities for up and coming bands to get some televisual exposure. I wonder if Noel and Liam were sat watching RIDE thinking ‘one day we’ll have their guitarist in our band’? Or even ‘one day we’ll be on this show’? Angela Browne nominated the Mancunians’ debut TV appearance. Did these City-supporting Mancunians specifically ask not to be introduced by the United-supporting Christian? It is one of the rock’n’roll mysteries that maybe will never be solved.

9. The House Of Love play ‘Marble’

Not a single, not even a track from a proper album but a mid-price release (presumably allowing Fontana Records to recoup their losses after Guy Chadwick’s writer’s block hindered the band’s progress) yet ‘Marble’ on The Word was one of The House Of Love’s finest moments. Never mind the cod-psychadelic super-imposed graphics behind the band, just marvel at the sheer fury of those guitars and the bitterness of Chadwick’s vocals. Nominated by me, because no-one else did.

This was easily the most-suggested clip, attracting nominations from @jones_jamie, @bringitonskippy, @Hipster6 and @RiverboatCapt in addition to others already name-checked. Interestingly, none of the nominators appeared to remember the name of the track. Maybe the performance was more memorable for something else?

So there you have it. The EIO40 Top 10 Appearances on The Word. If you want to further relive your youth, why not down a couple of cans of Kestrel, make a fried egg sandwich and head over to Terry Christian’s own YouTube Channel which has loads more clips of your favourite bands playing live, if nowt else. 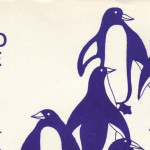 Barney reviews “Sensitive” By The Field Mice
Next Story »