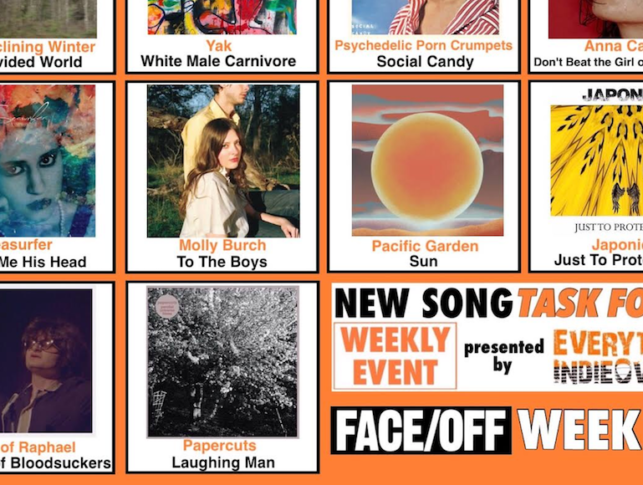 So here is Rob’s review of the Week 16 songs.

The Declining Winter – My Divided World

Hmm, nice sleeve. Already into the arpeggio guitar intro, and the delayed entry of the bass guitar. The chords and melodies seem to swerve around and it’s tricky at this point to work out where the chorus will come in. Into the instrumental section now and I’m reminded of The New Year’s album from last year (which I adored). There’s a strange relationship with the backing vocals now. I do like the wistful vocals, even though I have no idea what they’re singing about. There’s something naggingly familiar about this song….

Second listen while reading Bandcamp page and it all falls into place. Of course the vocals and guitars sound familiar, it’s Richard Adams from Hood! I should have spotted that. A really lovely song, and I look forward to the album which sounds intriguing.

Not to be confused with Moose obviously. Lots of threatening drums and general shouting. Very MES so far. That riff is distorted and in your face, this is kind of scary but oddly invigorating at the same time. Lots of shouting which makes sense considering the noise going on. I’m not sure whether I’m supposed to identify with this song as a white male carnivore. That riff! Fantastic.

Oh is it over? Hang on… False ending! @Kazashton must be shouting “Gotcha Rob!” Well done, didn’t see that coming! Upping the tempo and noise levels and shouting “He’s got the whole world in his hands”! Genius!

Oh man, that sleeve is a bit odd, and the band name is memorable. But putting that aside this sounds great. A kind of processed prog power pop, somewhere between Jellyfish and Muse. That sounds awful but this sounds better than that. Tons of harmonised guitar parts, sky scraping vocals and a general aura of hysteria which is quite infectious. So many twists and turns too, which justifies my prog comment. And yet underneath all the bombast there’s hooks and melodies.

I enjoyed that a lot more than I imagined I would. And even after one listen the main hooks are ingrained in my memory, which is some achievement for a song with so much going on in it. I wonder what the rest of the album is like.

Anna Calvi – Don’t Beat the Girl out of My Boy

Another album on the ever expanding “To listen to” list. So much music so little time. Calvi I’ve known for years, since Brian Eno talked about her debut whenever that was. This is really good, an instant hit of melody and guitars. There’s almost a Bowie-esque hint in those intro vocals – I could be wrong. That deep bass vibrating through the song is cool, the song doesn’t progress in groups of four bars, chords swerve and steer away from the home key. Even so there’s a melodic sense here, almost every element is fine tuned to be memorable – and the vocal hooks are sublime. I like how the synth pads slink in halfway through before everything drops out.

Oh my, what is going on now? The end section is sublime, like she’s channeling Billy McKenzie on “Party Fears Two”, amazing vocals. And yet it still returns to the chorus hook. Modern clever pop at its best.

Seasurfer – Bring Me His Head

Ah now this is a familiar sound. The deep reverb, the wisps of guitar, the rumbling bass… This could be early Slowdive. Saint Marie Records have a reputation for this kind of shoegazing. The vocals sound like Liz Fraser actually singing English. This is gorgeous. September always makes me grab “Just for a day”, this would sit quite comfortably on there. Beautiful.

The chorus surges just like it should, the vocals are lovely, especially when the backing vocals glide around notes at the end of the chorus. The instrumental break at the end fits perfectly, I would have happily had a repeat chorus there but by ending it makes this listener want to hear it again.

Molly Burch – To the Boys

Ah now I know this one. Josh Meadows played it on “It’s a jangle out there” the other day and I loved it. A country-ish lilt, lots of rim shot, twangy guitars and fairground organ in the background. A song which doesn’t have to shout loud to make its point, it also uses its musical elements…. Oh my God I’ve just sort of quoted the lyrics there. That was entirely accidental! But what that does mean is that the lyrics are delving into my mind and inhabiting there.

This is a delightful little song. The guitar interplay is great, but it doesn’t take over the song. A song like that this could be played ironically but this is cool as hell, this sounds like Molly has a deep immersion in country. I want to hear the other song on Bandcamp now. Molly is from Austin, Texas? That makes perfect sense. (Note – the other song on Bandcamp is just as good. Bet the album will be good)

Nothing to do with the short lived and brilliant Creation band Pacific. The intro doesn’t give much away – is this a techno banger, which way will this song go? But no, drums kick in, guitars twinkle and arpeggio around. This is quite a dizzying disorienting sound, aided by all the reverb and delay on the vocals. Imagine Doves going psychedelic after listening to too much Tame Impala.

This is really different, and also fantastic. The chorus is great, really powerful. And then as if they read my mind, they switch phasers to stun, the song swirls onwards, those harmony vocals are great. I’ve now played this song five times in a row and it continues to delight and dazzle. Who are this band? I want more!

Japonica – Just To Protect Her

Absolutely no expectations from the details provided. Slow piano chords and deep bass pads for an introduction. There’s a sense of tension in that low fuzzed note. And now the song starts and it’s falling over itself, the drums skitter and skirt, there’s unidentifiable instruments burrowing away… And after a minute it all falls away, and it goes ” harmonising in a school hall” like early Fleet Foxes…

There’s so much going on now, an instrumental passage of some beauty, this first listen is so confusing but so intriguing, I’m desperate to know what will happen next. Seamlessly back into the verse, dropping bars and beats yet still perfectly in tune with itself. Another false ending – back to the wordless harmonising and that beautiful melody.

I’m sitting here stunned, this is fascinating, beautiful, tense, confusing yet makes perfect sense on it’s own terms. It’s building to a climax too. Stunning. I can’t quite process so much in one song. A piece of music like a puzzle, and it’s a puzzle I want to solve. (Hits repeat. Reads website. Subscribes to mailing list)

Sons of Raphael – A Nation of Bloodsuckers

Another swirling intro, fading in. Mid tempo, 6/8 time and big synths and guitars…. This reminds me of MGMT at their most blissed out, or the Flaming Lips. Really quite lovely. Lyrics leap out and sound fascinating. The song ducks and dives, stops and starts, elements drop in and out. Very inventive. There’s a kind of gospel feel, in the vein of Spiritualized. They’re making a lot out of two chords, and the climax they’re building to works well. Lovely.

Another familiar name, and not just from the Broadcast song. I’ve come across Papercuts on the radio, but I haven’t heard this song before. This is instantly alluring. There’s a hint of Beach Boys covering “Be My Baby” about the drum pattern. Lovely bed of acoustic guitars and the repeated guitar is cool. The vocals are mixed down slightly to fit in with the vibe of the song, I like the changes on the chorus and subtle backing vocals.

I know nothing about this band but based on this I want to hear a lot more. That repeated guitar note trick is so simple yet powerful. “Some memory you can’t face” is the final line and there’s some wisdom in that. Definitely a song I will return to.

Well that’s quite some ten songs this week. Picking three songs is going to be really tricky and I doubt I’ll be singing from the same hymn book as the appraisal team on Sunday. After a lot of hard thought and repeated listening my top three are :

Though it should be added that every song was very strong, and The Declining Winter, Anna Calvi and Molly Burch were all very close to the top three. All ten songs this week come highly recommended, they should all be given a fair hearing and I hope this opens a few ears out there. 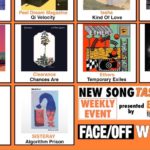 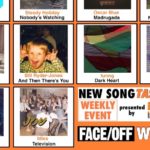